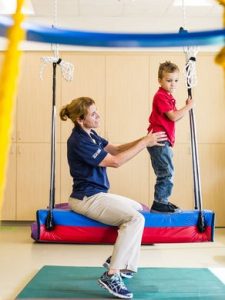 Claire joins the Core Health Partners team  with over 20 years of Physical Therapy experience. A very strong therapists with strengths in pediatrics and neuro therapy, she enjoys working to improve the everyday life for her patients through continuous education and therapy. Claire is able to write and speak multiple languages including: English, French, and Spanish and she presently  holds licenses in Florida, USA -PT25048, Switzerland and Quebec-PT9511.