The movement to create a medical health clinic as partnership model to the YMCA originally formed through the shared vision of experienced YMCA employees (Des Moines Iowa). This group is credited for opening the Nation’s first medically-integrated YMCA (Clive, Iowa), a unique venture known for initiating the YMCA’s first ever “Healthy Living Center“. 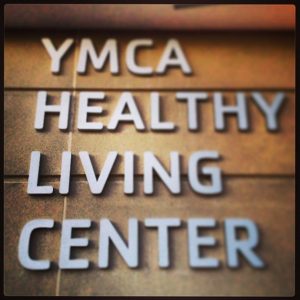 After nearly a decade of operating a YMCA as an independent medical provider, this group of passionate YMCA employees left the Y movement in hopes of expanding their clinic to community model. They pooled their assets to form a company originally entitled,  Community Health Partners of Iowa.

In 2017 the company President of Community Health Partners, an occasional winter resident of Naples Florida, teamed up with a former YMCA CEO to expand “clinic to community” services in the SW United States (Florida).

Core Health Partners (Florida) originally opened as a branch of Iowa. The vision for Florida was to develop partnership model to enhance diabetes education, as well as, compliment the Iowa therapy model. In order to meet the goals Core Health Partners developed an articulation agreement with a well-respected 501c3 non-profit, Help a Diabetic Child; through this agreement a unique diabetes medical model of education and service was created.

By 2018 the strength of the HADC and CHP’s diabetes partnership caught the attention of the National Wellness Institute (NWI) who recognized their  work in medical-integration. NWI named CHP (Florida) as a “Preferred Provider” in the area of Diabetes Education.

By the following year (2019) the diabetes movement caught traction is SW Florida and the  American Diabetes Association (ADA) added the distinction of “ADA Recognition” status to the Core Health’s Diabetes Self-Management and Education (DSME) program. In January of 2020 Core Health Partners implemented a pilot DMSE program at the Greater Marco YMCA that included all the support medical services to assist persons living with diabetes live a life of well being.

Core Health Partners’ vision is to expand to their pilot program to other YMCAs.  CHP is currently accepting applications from YMCAs (and community centers) who have a strong desire to expand traditional fitness center programming to a clinic to community health service model.

The first ever reference to a YMCA being a Healthy Living Center (Clive, Iowa)

The Core Health administration team has decades of experience in wellness operations,  customer service systems, and medical clinical services. The diverse and deep experience of the CHP staff leads to their ability to provide recommendations to transforming any wellness center, or community center into a thriving entity and a success.

Bring the Clinic to Your Community

Strengthen your community through exploring an Access Agreement with CHP.

CHP has the Ability to Strengthen your Curriculum

Core Health Partners has the ability to care for and service most all lines of wellness equipment.  CHP can take the burden of maintaining or operating the homeowners association’s fitness center, or any fitness center. The Core Team has certifications in most all wellness and cardio equipment including: Cybex, Life Fitness and Matrix. The advantage of contracting with CHP on maintenance, cleaning, and general operations is their multifaceted experience rolled into one team.

Safe and clean pools is a mandatory and Core Health Partners has the Certified Commercial Pool Operators on staff. CHP can contract with homeowner associations, or private fitness centers to care for the safety and operations of commercial pools. No pool is too big.

Ignite the spirit. Engage the mind. Strengthen the body.